Johnstone Strait is a seductive and difficult body of water.  The strait begins at Chatam Point in the east, and stretches 54 miles along the northeast side of Vancouver Island to Blinkhorn Peninsula.  It is the shortest route up or down the island.  Especially on the Vancouver island side, Johnstone Strait is bounded by steep, high and beauitful mountains.  On a clear day the scenery is awesome.  That is the seductive part.  The difficult part is what the wind and current in Johnstone Strait do to each other.   The flood current flows eastward, down-island, toward Queen Charlotte Strait and the North Pacific Ocean.  A residual ebb surface current exists in Johnstone Strait, increasing the west-flowing ebb current’s strength and duration.  In the summer, the prevailing wind in Johnstone Strait is a westerly, often a gale-force westerly, funneled by the mountains.  The result is a classic wind against current heaping up the seas.

Conditions are worst where the meeting of currents creates tide-rips, even in calm conditions.  This stretch begins at Ripple Shoal, east of Kelsey Bay.  It extends westward past Kelsey Bay, through Race Passage and Current Passage, and across the mouth of Sunderland Channel.  Especially on an ebb, when the westerly is blowing you don’t want to be there period.  leave the heroics to others.  Johonstone Strait can take all the pleasure out of pleasure boating. 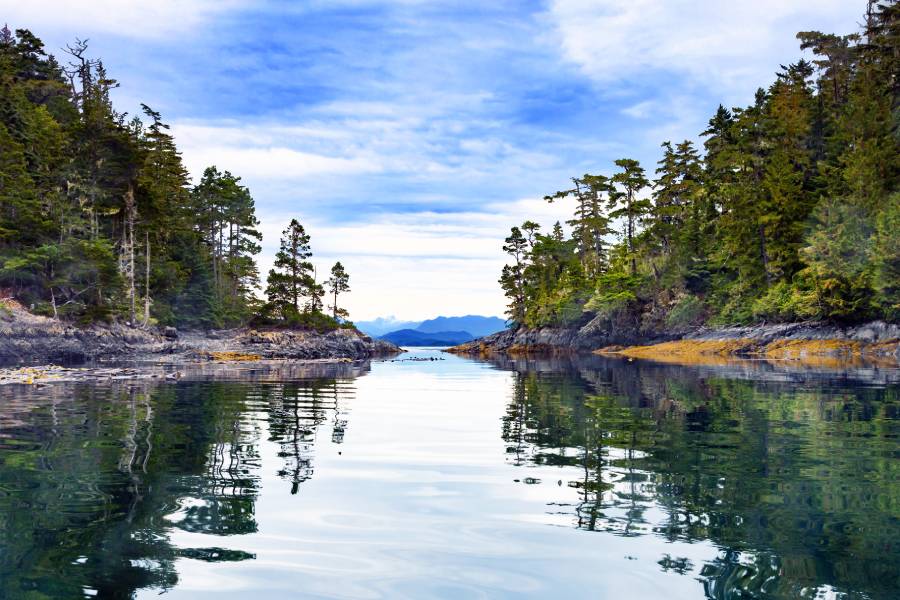 Despite the potential problems, we have run the length of Johstone Strait, both directions, many times, and often had an excellent ride.  But we listened to the weather and went when conditions were calm or near-calm.  If the wind had come up, we were prepared to run for cover in a bay or seek out a friendly point to hide behind until conditions improved.  We always keep a bail-out point in mind.  Conditions can change quickly. 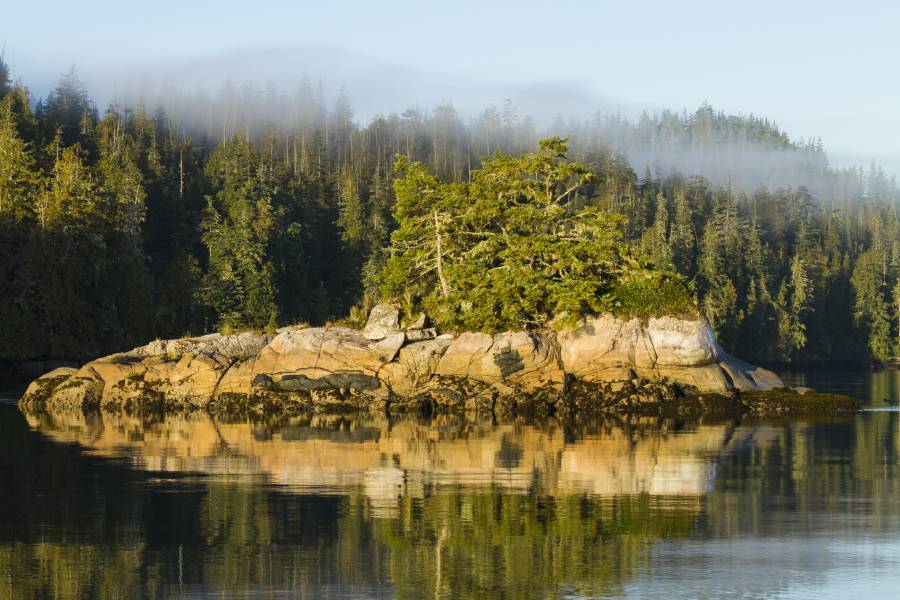 Knox Bay Johnstone Strait.  Knox Bay is located on the north side of Johnsone Strait, near the mouth of Mayne Passage.  Knox Bay would be a poor choice for an anchorage, but a good hideout to escape a strong westerly in the strait.  The northwest corner of the bay is best protected  Unfortunately, it is deep and occasionally has log booming.

Helmcken Island Johnstone Strait.  Helmcken Island has protected anchorage on its north side in Billgoat Bay.  Currents in this part of the strait run at 3 knots.  When opposed by wind from the oppostie direction large, dangerous seas can build rapidly.  Billygoat Bay is a good place to hide out and anchor inapproximately 30 feet.

More information visit our partner site Waggoner Cruising Guide.   For all your yacht provisioning call our concierge desk at 778-432-0477.   If you’re looking for a superyacht marina we accept 65′ to 180′ vessels.  Phone or book online to reserve your slip or book the ultimate yacht Rendezvous.