For those departing from Seattle, Vancouver or Victoria, the trip to or from Desolation Sound might take as long as a week, depending on boat speed, weather, and stops along the way.

Desolation Sound is not a huge area.  Even a slow boat can go from one end to another in a day.  But Desolation Sound offers a wilderness setting, generally easy waters, many bays and coves to explore and anchor in, and marinas where fuel and supplies are available.  On the west side of these cruising grounds, Campbell River on Vancouver Island is a vibrant small city.  Campbell River has complete supplies and even a boatyard for haul-out and repairs.  Lund, on the BC mainland, is at the eastern entry to Desolation Sound.  Lund is a quaint, small village that has several services vacationing boaters are apt to need, including a nearby boatyard and lift.  Lund also is the northern terminus of Highway 99, a road that extends to Tierra del Fuego on the tip of South America.  Small marinas scattered throughout Desolation Sound offer fuel, water, and limited supplies.

Since it is close to the point where the tidal currents meet on the inside of Vancouver Island, the water in Desolation Sound is not regularly exchanged with cold ocean water.  During the summer, water temperatures of 21 to 26 Celsius are not unusual in some of the bays, making for comfortable swimming. 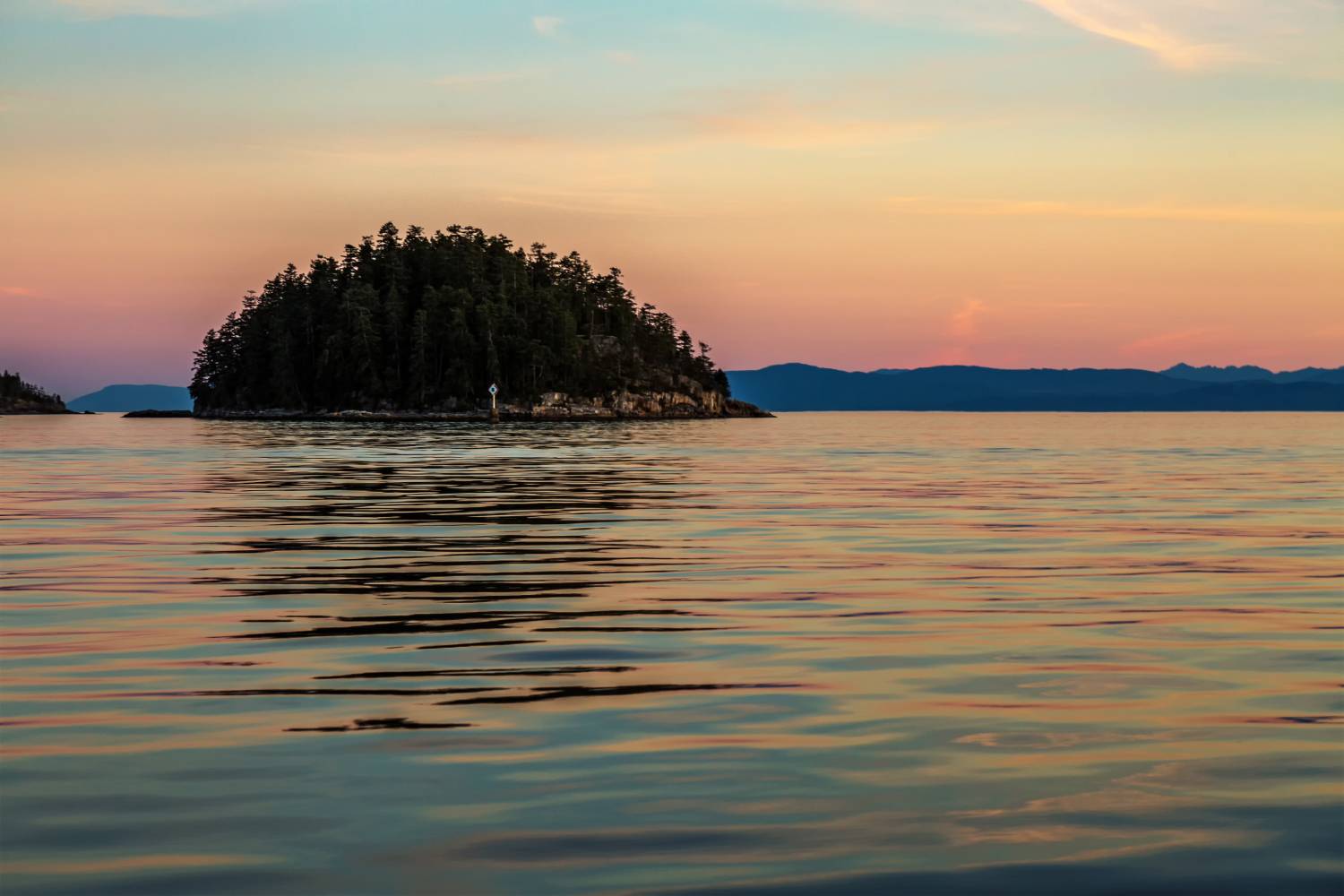 Navigation is straightforward, with few hazards in the major channels.  Closer to shore it’s a different story, but the rocks and reefs are charted.  The most popular time to cruise Desolation Sound is from mid-July through the end of August, when the prospects for sunny, warm weather are best.  It’s also when the anchorages and facilities are most crowded.  June weather can be cool and rainy, but crowds are not a problem.  It’s then that the waterfalls are most awesome and the resorts and businesses, while open and stocked, are the least harried.

If your calendar permits, the very best time to cruise Desolation Sound might be early to mid-September.  By then the high-season crowds have departed, yet summer usually hangs on for a last and glorious finale.  Stock in the stores may be thin and the young summertime help has headed back to school, but the low slanting sunlight paints the hills and mountains with new drama, and the first colours of autumn make each day a fresh experience.  Watch the weather closely.  Leave before the fall storm pattern begins, although usually that’s not before October.

Discover other islands, coves and hidden anchorages in Desolation Sound

For more information on Desolation Sound and Discovery Passage order a Waggoner Cruising Guide from our partner site.