Located 130 miles north of Vancouver Island and 65 miles west of the BC coast’s mainlands, Haida Gwaii offers some of the Northwest’s most spectacular cruising.   Haida Gwaii, formerly called the Queen Charlotte Islands, is an archipelago of over 150 islands, best explored by boat.  It is remote and pristine with a unique geological history.  Glaciers once covered this area and receded 2,000 years before the rest of British Columbia, resulting in an ecosystem with some species of plants and animals not seen anywhere else.   It has been referred to as the “Galapagos of the Northwest” with hundreds of species of birds, unique species of bears and many trees and plants growing in the areas from the rain forests of the western coast to the dry forests on the eastern coast.

Haida Gwaii means “Islands of the People” in the language of the first people to settle here.  The Haida were revered and respected along the coast as ambassadors and warriors, with a unique culture.   The islands had a population of more than 10,000 until the 1800s when many succumbed to smallpox and other diseases from Europe.  By 1900, only 350 remained.  A visit to Haida Gwaii and the Gwaii Haanas National Park will take you to a place where you can see what remains of this once great culture.  As you walk the trails through the rain forest and moss-covered rock canyons around the old villages you may even feel the presence of the people who inhabited this rugged and beautiful area.  Getting to Haida Gwaii 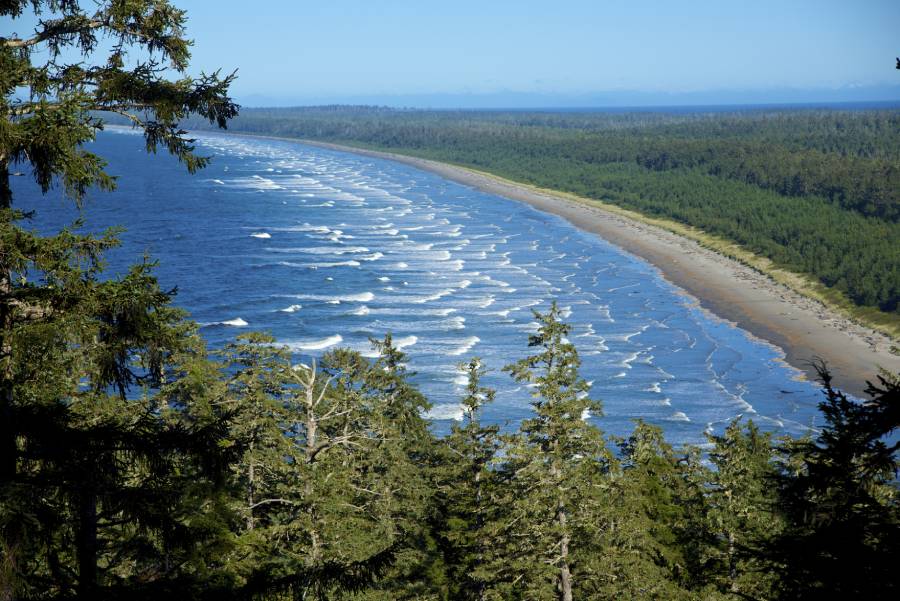 Haida Gwaii experienced the impact of imbalance caused by western men.  In the 1800s sea otters were hunted almost to extinction.  Their pelts were highly valued around the world and greed took over.  In time the sea urchin population grew out of control without the sea otters to keep them in check.  Later, the health of the kelp beds was affected by the overabundance of sea urchins.  Nature’s balance was thrown off.  Today the symbol of Haida Gwaii is the sea otter and the sea urchin, a reminder to keep the ecosystem in balance.  The sea otter population is now continuing to make a steady recovery.   Permits for Gwaii Haanas National Park