Wildlife on the West Coast – What to Expect

The lush green terrain of British Columbia might be your first thought when reading the prevalent license plate slogan, Beautiful British Columbia. But, those who live here know its beauty extends well beyond its landscape. Just a visit to the west coast will leave you in awe. There’s world-renowned wine country on Vancouver Island; there’s the rainforested territory of Haida Gwaii (part of the Queen Charlotte Islands); and, then there’s the rolling and powerful waves attracting surfers worldwide in places like Tofino. But, paying even closer attention during a visit, you’ll be lucky enough to witness some of the majestic wildlife on the west coast seen in the sky, in the sea, and on land.

Wildlife In the Sky

Perhaps the most notable and easily recognizable bird is the bald eagle. With its size (reaching up to 43 inches height and an 8 foot wing space) and it’s white head, bald eagles are easy to spot. Feeding primarily on fish, like salmon, bald eagles are spotted most often near the tree-lined shores of rivers. Goldstream Provincial Park (just outside of Victoria) is one such place with its annual salmon run (occurring November to January) attracting plenty of eagles.

The Great Blue Heron, totaling between 250 and 300 on Vancouver Island, stands roughly 39 inches tall. Feeding on small crabs, shrimp, rodents and fish, they’re often spotted along the shoreline and are easily recognized by their slender appearance, greyish-blue back, and white breast with black streaks. Herons are most frequently seen northern part of Salt Spring Island and west of Duncan.

The bald eagle and the Great Blue Heron are only two of the many bird species prevalent on the west coast. Learn more about Vancouver Island birds and the best places to watch them.

Wildlife In the Sea

Whale watching is a must-do during a visit to Canada’s West Coast. In the waters are Pacific Gray Whales, who grow up to 49 feet in length and weight up to 80,000 lbs. Migrating north and south annually these whales move as far north as Alaska and as far south as Mexico. Then, often seen in pods (or groups), the Orca is easily spotted by its prominent dorsal fin and black and white markings. And, known as Vancouver Island’s largest whale, Humpback Whales are known to slap their 15 foot fins on the water while they feed.

While whales are often the focal point of ‘whale watching’ you might also see Sea Otters, Sea Lions, Dolphins and more. 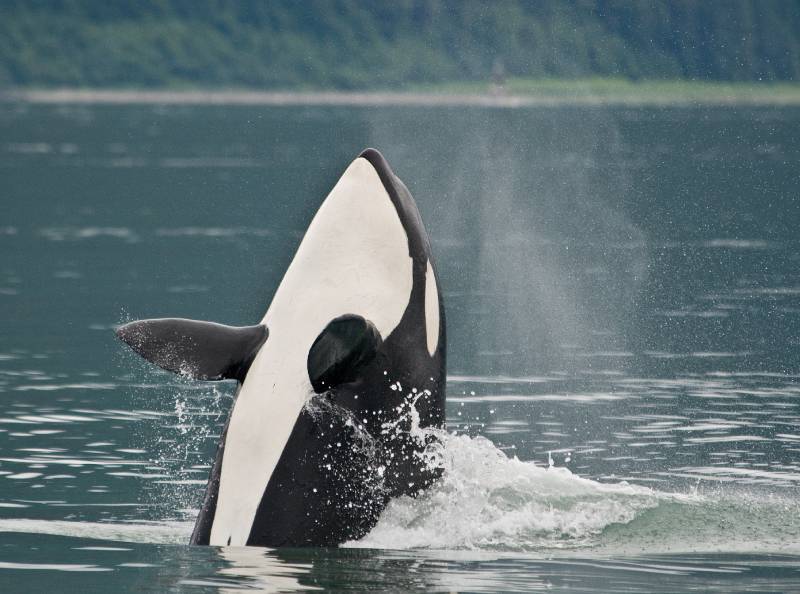 Though exciting to spot from a distance, the Grizzly Bear is not something to encounter up close. Appearing to be slow movers at upwards of 480 lbs., Grizzly’s can actually move up to 55 KM/H and prove to be dangerous.  Generally light to dark brown, Grizzly’s feed on black raspberries, skunk cabbage, grasses, spawning salmon, crustaceans and shellfish. The West Coast is also home to the Black Bear, and a very rare white subspecies known as the Kermode (or Spirit) Bear. For those looking to see bears and stay safe, a guided bear watching trip is highly recommended.

In addition to bears, the West Coast is also home to the Cougars, Deer, Wolves and more. 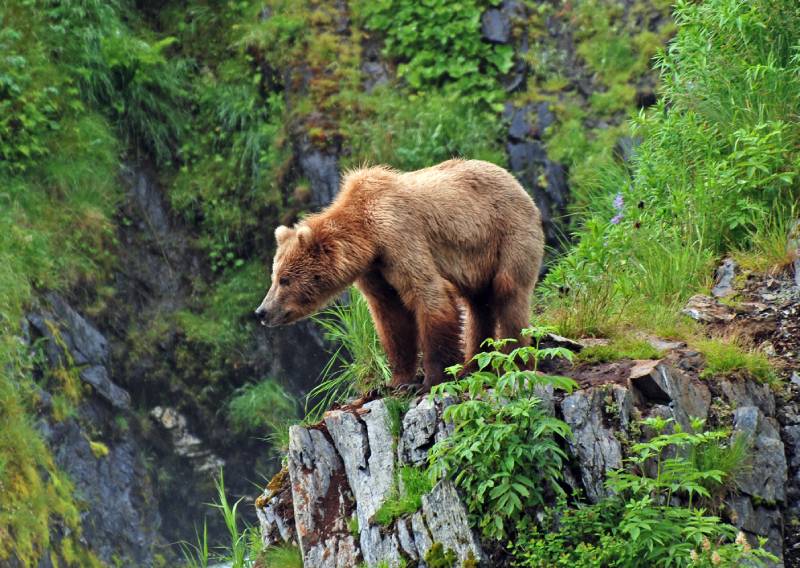